One Veteran Society Board of Directors 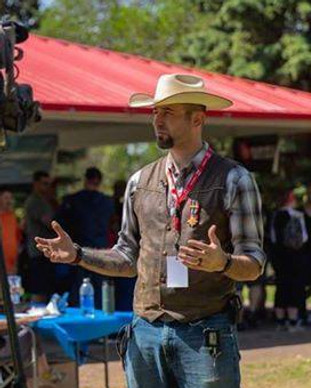 Chance, who is Co-national Organizer of the Canadian Walk for Veterans, served in the Canadian Armed Forces for 8 years as a Combat Engineer and retired as a Master Corporal in 2013. He served with 1 Combat Engineer Regiment in Edmonton, Alberta for 6 years including an 8-month tour of Afghanistan in 2008. He spent the last year and a half of his service at 4 Canadian Division Training Center in Meaford, Ontario as a Recruit Instructor. Chance has been a veteran advocate for many years and hosts the podcast “Tools for the Toolbox”. He resides in Edmonton Alberta with his wife and two sons. 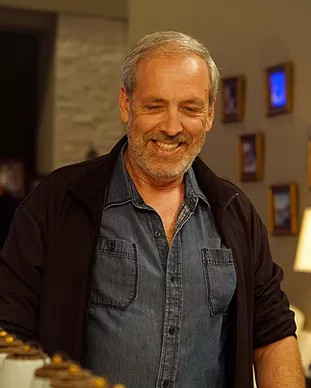 Marc is one of the Co-founders and Co-national Organizer of the Canadian Walk for Veterans, founded in 2018. The son of a Second World War veteran, he spent over 40 years working in the retail fashion industry, ending up as a partner in Suzanne’s, a chain of 52 ladies fashion stores across western Canada. Over the past 15 years he has been very active in his community as a member of the White Rock (BC) Economic Development Committee, Volunteer Consultant for White Rock-South Surrey Hospice Society, Volunteer Consultant for Peach Arch Hospital Auxiliary Society, Past- President of Equitas Disabled Soldiers Funding Society, Director and Treasurer of Sources Community Resource Centers and Founding Director & President of the Surrey-White Rock Community Engagement Society. Marc currently lives in South Surrey BC with his wife Dodi, has 2 sons and 4 grandchildren. 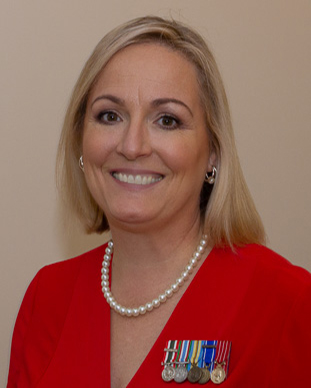 Jill served in the Canadian Armed Forces from 1983-2000, first as a Mobile Support Equipment Operator (trucker) and then in the Administrative Branch. Initially employed with a variety of Primary Reserve units, Jill transferred into the Regular Force where she worked in career and program management, served with the United Nations in Namibia, Africa and NATO AWACS in Geilenkirchen, Germany. Her final posting was with the Princess Patricia’s Canadian Light Infantry in Edmonton, Alberta. In addition to the Canadian Walk for Veterans, Jill also volunteers with the Veterans Association Foodbank in Edmonton, where she currently resides with her beloved English Springer Spaniel, Willow. In her spare time, she enjoys music, cooking and personal development. 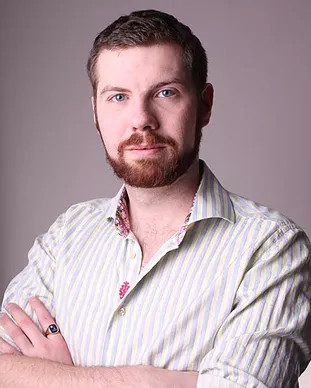 Matt joined the military at age 17 as a mechanic in the Royal Canadian Navy. He transferred to Military Intelligence and was commissioned from the ranks. Matt quickly found a passion for his work in Military Intelligence and was involved in various operations in the Middle East, Somalia, the Persian Gulf, the Gulf of Aden, and the BC coast. Matt’s final job in the military was leading an intelligence cell conducting operations against Taliban Improvised Explosive Device financiers, suppliers and makers. After sustaining numerous injuries in the line of duty, Matt left the military in 2014 where he went on to complete a Master’s Degree in Psychology in which he studied deception detection, and then completed a Ph.D. in 2018. He lives in South Surrey BC with his wife and daughter and is an entrepreneur owner of Solaris Intelligence. 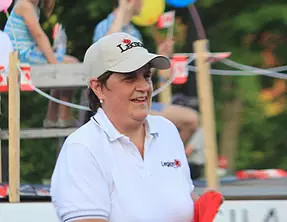 During the last seven years as President of the Philipsburg Legion, Liz along with an outstanding Executive has re-establish the Legion within the community. More importantly we have re-connected with the Veteran community in our area. Along with the Legion, Liz is a member of Breakfast Club of Canada and Avante Woman’s Center. 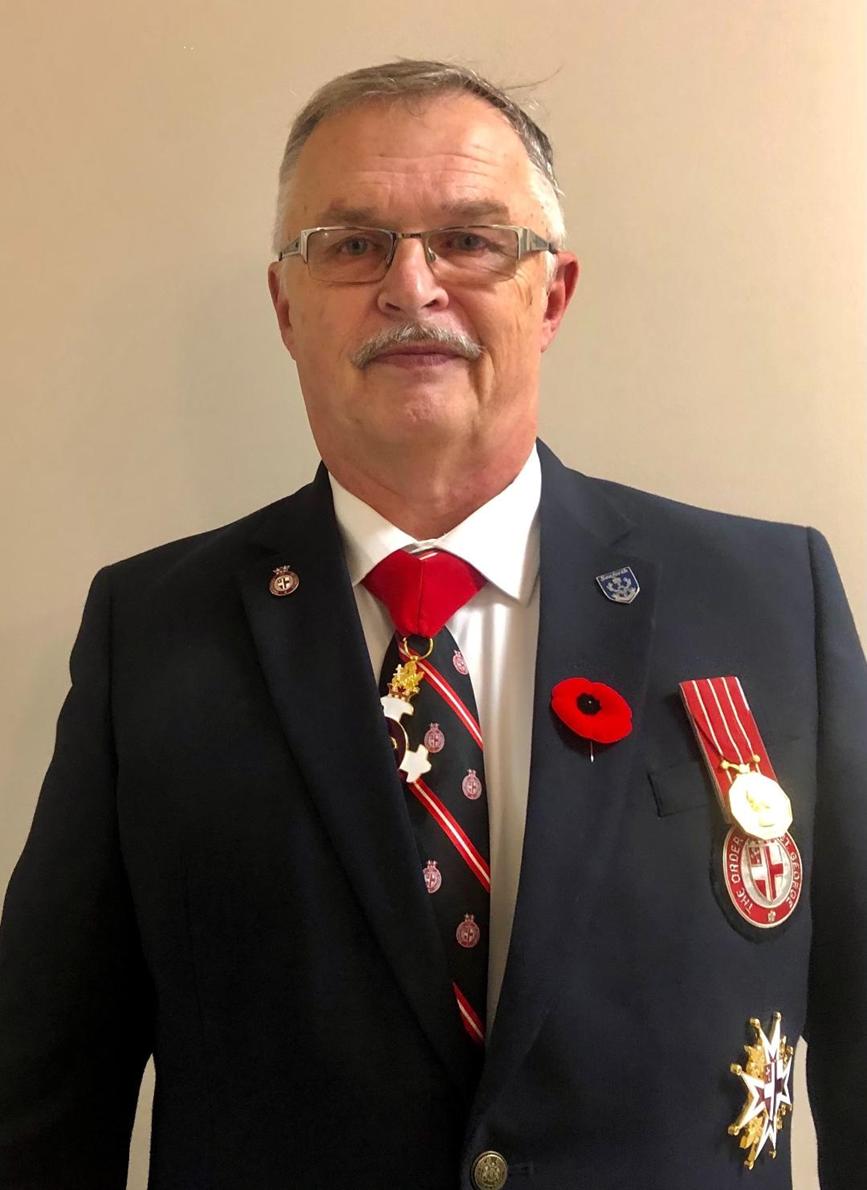 Allan served with the Seaforth Highlanders of Canada from 1973-1987 and attained the rank of Warrant Officer. Upon retiring from the military he began a career as a Paramedic with the BC Ambulance service where he served for almost 25 years from 1988-2013. During that time he was recognized by the New Westminster Police Board for Bravery and BCAS with the Executive Directors award for bravery. With a passion for motorcycles, in 2009 Allan joined the Canadian Army Veterans Motorcycle Unit and volunteered in many leadership roles including Operation Officer for Western Canada from 2016-2020. In 2017 Allan was invested into the Order of St. George and served in various capacities on the Order Board of Directors and the Foundation Board of Directors culminating in his appointment as Prior of both the Cascadia Priory and Prairies Priory where he continues to lead the positive growth and success of the organization. 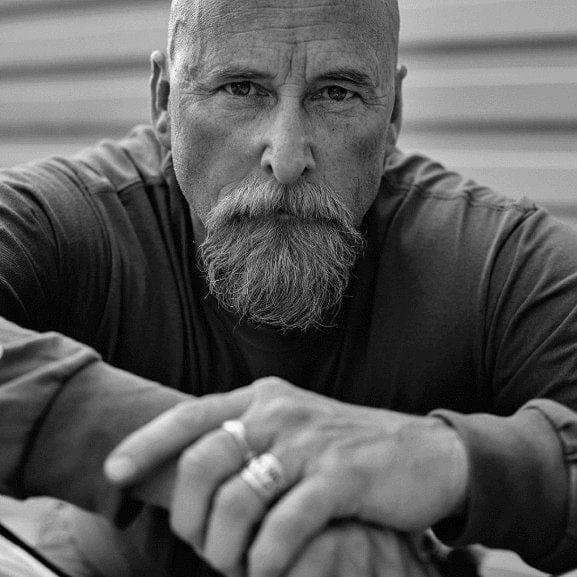 Scott Casey, born in Surrey British Columbia, Canada. Casey moved to 100 Mile House with his parents where he lived until he joined the Canadian Armed Forces.
At the age of 17 he signed his first Will & Testament as an infantryman with the Royal Canadian Regiment. The next 10 years would provide him with some interesting adventures; some scenic, others harrowing, dangerous and tragic. In 1992, he served as a peacekeeper in Croatia and Sarajevo, Bosnia Herzegovina. He was awarded the Commander in Chief’s Unit Commendation for actions while in Sarajevo.

Those times etched a pathway to a life after service which include, becoming the President of Military Minds Inc., the worlds largest PTSD peer support organization for combat veterans and first responders. Casey is also the founder of The Rolling Barrage. An annual cross Canada motorcycle rally also in support of veterans and first responders living with the effects of trauma. A published author, Casey penned the biography, Ghostkeepers which enjoyed two #1 awards, in Canadian Military History, and Historical Biography in Canada. With his knowledge of PTSD, his work as a veterans advocate, and author, he is often called upon for public speaking engagements.
He continues his writing work as a monthly columnist for Pro Trucker Magazine.

In his spare time, he has a full time job as a heavy equipment/shovel operator for Teck Resources, Highland Valley Copper.
Casey lives in Merritt BC with his spouse, Leslie, where they enjoy riding motorcycles, golf, and sport shooting.